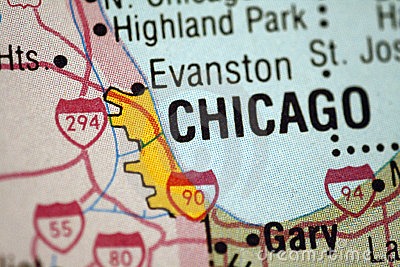 Chicago is in trouble. According to Mish’s Global Economic Trend Analysis blog, there is a $1.1 billion “budget hole” in the Chicago public school system. A “derivative time bomb” of as much as $263 million, just triggered on the Chicago Board of Education, means that Chicago Public Schools may be out of money in 30 days. “On March 9, Moody’s dropped Chicago School bonds two notches to Baa3, that last rank above junk,” according to the site’s blogger, Mike “Mish” Shedlock, who adds: “On March 20, Fitch downgraded Chicago Board of Education Rating to BBB-, also one step above junk.” If the district cannot renegotiate the swap, or pass further bonds for the funds (and both events seem difficult to implement), a “termination event” would trigger, forcing the Board to pay the negative valuation on the swap, which it simply cannot afford to do. The District supposedly has just enough to pay the termination fees, but would be left “virtually broke.”

A chief cause of this trouble is the use of debt swaps as a form of financing. Mish continues:

Chicago is involved in ill-advised synthetic fixed-rate interest swaps that have a negative value of $228 million according to Moody’s and negative $263 million according to Fitch. As part of the swap agreement, a forced termination event triggers when rating agencies lower the district’s General Obligation bonds to below the mid-triple B level. That happened with Fitch’s downgrade.

According to the Chicago Tribune, In the early 2000s, Chicago Public Schools, taking the advice of traders rather than responsible policymakers, switched from bonds that had reliable fixed interest rates to bonds issued at floating rates that could be “swapped” with other bonds, hopefully to decrease the impact of cost fluctuations. As market conditions deteriorated, the swapped payments got much, much higher, a worst-case scenario that CPS had failed to consider.

Interest rate swaps entail considerable risk. Swaps are essentially bets against the possibility that the swapped interest rates will increase in the future. If the municipal entity loses that bet, they’re out of luck and out of money. Moreover, the swaps are largely unregulated because the government sees them as contracts between parties, unlike many other derivatives.

For more than a decade, banks and insurance companies convinced local governments, hospitals, universities and other non-profits that interest rate swaps would lower interest rates on bonds sold for public projects such as roads, bridges and schools. The swaps were entered into to insure against a rise in interest rates; but instead, interest rates fell to historically low levels. This was not a flood, earthquake, or other insurable risk due to environmental unknowns or “acts of God.” It was a deliberate, manipulated move by the Fed, acting to save the banks from their own folly in precipitating the credit crisis of 2008. The banks got in trouble, and the Federal Reserve and federal government rushed in to bail them out, rewarding them for their misdeeds at the expense of the taxpayers.

Some commentators have bitingly compared the swaps to payday loans, offering the hope of quick money in the short-term in exchange for risk of ballooning costs down the line–which is exactly what’s happening in Chicago.

Capital appreciation bonds are another trap CPS has fallen into:

The Capital Appreciation Bond works just like a negative amortization home loan. The city doesn’t pay interest or principal for a few years, then starts paying the debt off, with interest on interest. Chicago and the Chicago Public Schools have a bunch of these, with lifetime interest rates ranging from 141% to 459%.

If it seems highly irrational for public services–education, infrastructure, the costs of running government–to be financed by gambling, that’s because it is. The social disaster risked by these kind of ventures is morally unacceptable, and just plain bad policy.

Public banks offer a way out of this mess–possibly the only way that doesn’t involve tremendously painful and politically unpopular alternatives. Public banks return their profits to the municipalities (or other levels of government) that operate them, and do so as non-tax revenue. Of course, they provide affordable credit, and also greatly reduce the debt servicing costs that under a big private banking regime, are bleeding dry some of America’s biggest cities. They can offer below market-rate loans. They can leverage capital for specific purposes–like school funding.

The Illinois State Assembly is considering a public banking bill, but opposition to the bill is expected–from the very same people who brought you the disasterous debt swaps. The question is who public officials will listen to. Our task is to communicate with those officials. Amara Enyia is doing just that in Chicago. As we have reported, and as documented by the Justice Party of Illinois:

During her campaign for mayor, Enyia advocated a public bank as a part of the vision economic development and stability. She noted, “…a public bank strengthens municipal finance; as a source of non tax revenue (from their profits), generating more tax revenue from economic development, driving down the debt service on vital infrastructure projects and offering more secure and less costly banking services for the deposit of municipal funds.”

On April 30, Enyia is hosting an important gathering of activists and leaders from around Illinois, devoted to the feasibility and challenges of implementing public banks in the state. If you’re near there and want to participate, you can register here.