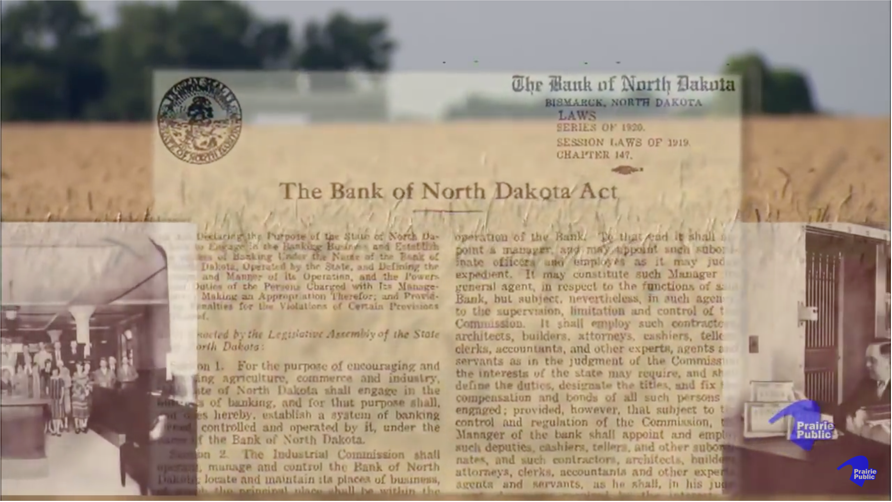 For another in-depth look at how a motivated group of activist farmers succeeded in overcoming powerful banking interests, we recommend this fascinating and increasingly relevant featured video about the Bank of North Dakota posted by Prairie Public in 2011. Gain a sense of the intensity, the political infighting, the struggles: major national magazines all got involved in the propaganda campaign intended to sink the bank. The railroad companies gave lawyers to the opposition. As Rozanne Enerson Junker, author of The Bank of North Dakota, puts it, “If you think we have intimidation today, this was nothing compared to what was happening in 1919, 1920.”

Junker describes the appeal of the Non Partisan League at the time:

“They really liked the ideas that [A.C.] Townley presented to them about taking control of their own . . . economic present, having some control over their lives. It wasn’t about politics, it was about the policy, supporting a policy that would help them become successful farmers.”

“I think the people of ND still believe a lot in themselves and BND is a kind of a manifestation of that. It is, by golly I think we should create our own destiny and one of the ways we can do that is to own our own bank.”