The California Public Banking Act, AB857, cleared the State Senate Appropriations Committee today and heads to the floors of the Senate and Assembly for passage with amendments. Assuming it passes both houses and Gov. Gavin Newsom signs it by September 13, the state’s deadline, it will become California law.

The bill has massive public support. Dozens of advocates with the California Public Banking Alliance met with legislators at the state Capitol in Sacramento to lobby for the bill on Monday, August 26th, and U.S. Presidential candidate Bernie Sanders tweeted his endorsement yesterday.

Long Beach Mayor Robert Garcia is also on board! He said last week that he stands with the organizers of the Public Banking Act, and that if the bill becomes law, he hopes Long Beach would be the home of one of the state’s first public banks.

Garcia tweeted that the bill is “an amazing opportunity to invest directly into people and neighborhoods. Very exciting.” 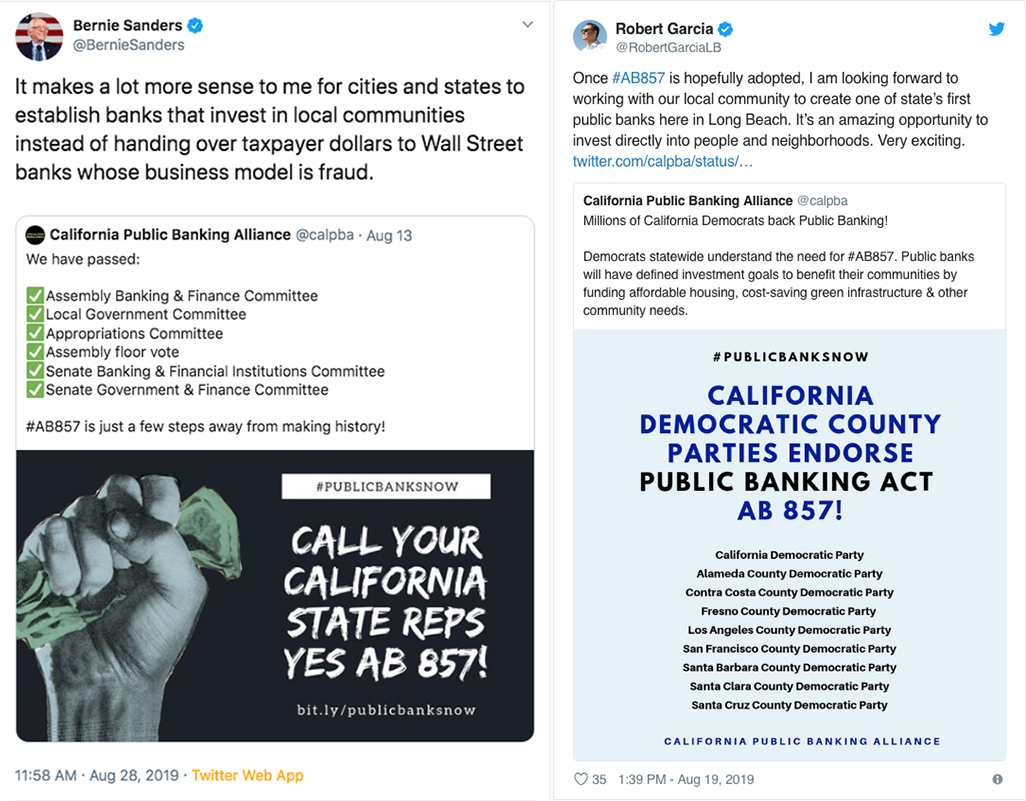 “VICTORY!! #AB857 just passed the Senate Appropriations Committee! The Public Banking Act cleared its sixth and final Committee hurdle in a historic victory for the public banking movement. AB 857 now heads to a full vote on the Senate floor!!” 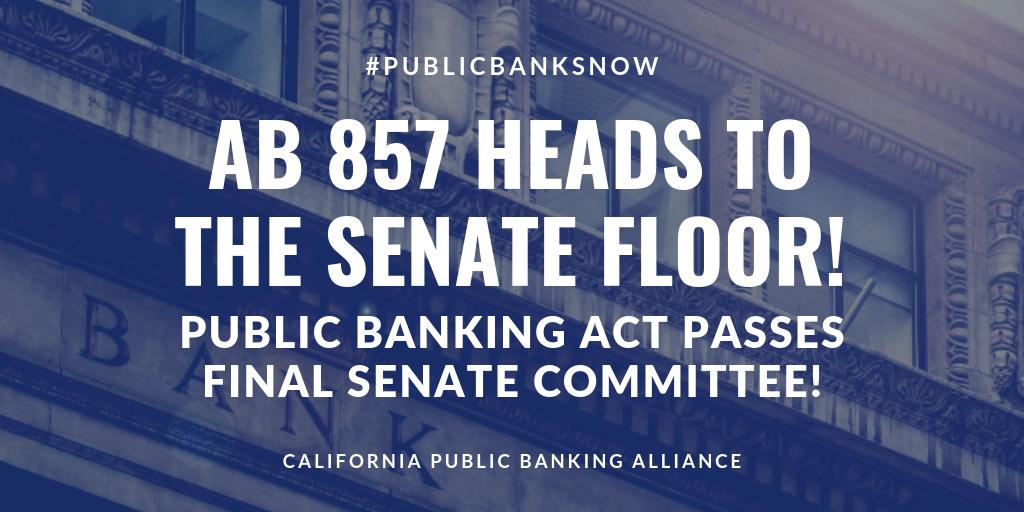