Next stop: The bill returns to the Assembly floor for a concurrence vote due to amendments added by the Senate. The California Public Banking Alliance is highly optimistic that the Assembly will pass the bill a second time and that Gov. Gavin Newsom will sign it, following a very encouraging meeting last month between the Alliance and his office. The Assembly vote could come as soon as tomorrow, Sept 12, and the California Public Banking Alliance is asking Californians to call their Assemblymembers to urge the ten undecided members to vote YES on AB 857: 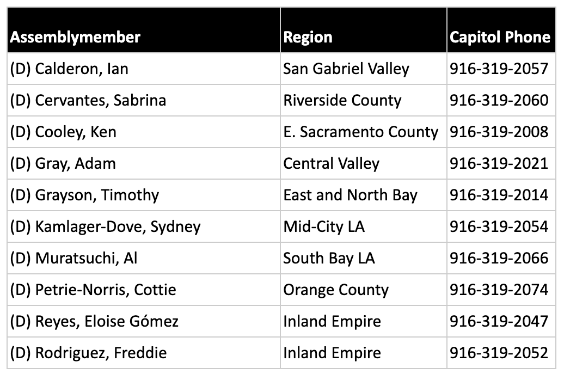 With these votes, California is on the verge of a real financial revolution.