Principles that will guide governance

Governance is the system of principles, policies and processes by which an organization is run, defining the relationships among the overseeing board, management, and stakeholders.

The following graphic illustrates 5 Key Principles which live at the heart of Public Banking and are necessary to its success in any community.

These 5 Key Principles are emphasized throughout the Workbook to illustrate how and why Public Banking practices generate positive social change, and to support participants in communicating the value of public banking to their communities:

Key Principle #1:  Thriving, Sustainable Communities
The Public Bank is committed to the long-term health and prosperity of the community, not short-term profits.

Key Principle #4:  Multi-Stakeholder Governance
The Public Bank is accountable to all stakeholders regardless of economic status, and is governed democratically. 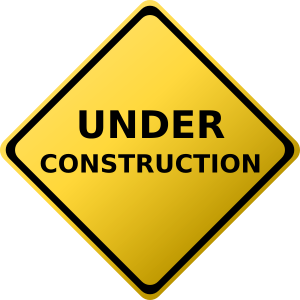 Governance includes determining the public bank charter, making policy, and providing a way for a democratic approach to decision making.

Management includes the prioritizing of fiduciary responsibility, establishing a culture that fosters the dedication of public servants, and ensuring that professional banking practices are followed.

Like any tool, public banks are only as good as the hands that wield them. To benefit people and communities, a public bank must be administered by publicly accountable professionals executing a clear mission of public service.

Good governance is key to public banking. Different communities will have different goals and concerns, but for an excellent model our friends at Public Bank East Bay have produced what we regard as the gold standard governance structurefor their proposed Public Bank of Oakland, linked here.

Governance rules need to be clearly defined to avoid exploitation and abuse by officials, managers and employees. The lack of pressure from private shareholders seeking to maximize short-term profits is a bonus that can help create a relaxed atmosphere in which public employees are able to enjoy just doing their jobs in a responsible way. Satisfaction at the workplace replaces bonuses, fees and commissions as rewards for work well done.

As an overview, the Public Banking Institute promotes the creation of public banks that are guided by the following four principles:

These guidelines for good governance should also be incorporated in the  complicated process of launching the new public bank.

A Mission of Public Service

This one is pretty simple: public banks are banks that prioritize the public interest. They lend to meet local needs, to benefit the long-term social, economic and environmental health and prosperity of the territory they serve, to keep businesses in business and people in their homes, and to support public functions with affordable credit. They do not exist to enable bankers or investors to pursue short-term profits. Public service is a public bank’s reason for being. The particulars will be determined by the needs of its customers and the community it services, but this priority must shape and limit the bank’s charter and policies. Public banks should prioritize environmentally regenerative, socially just practices that end discrimination against marginalized communities and their members.

Most new money enters the economy in the form of credit when a borrower seeks and receives a loan, which necessarily involves some element of risk.Careless lending can result in loans that are not repaid, and too many unpaid loans render a bank unprofitable and unable to support its operations. If money is lent “unproductively”, it fuels asset bubbles that eventually go “pop!”, and finance fails to support the real economy of goods and services and the people who depend upon it. If too much new money is introduced into an economy, it can create inflation, reducing the purchasing power of the money we already have.

You wouldn’t know it by looking at the disastrous Wall Street-led crash of 2008, but safe banking is relatively straightforward. The concepts and formulae involved may bewilder a layperson, but the principles of sound banking have been understood for thousands of years. Finance has a bad rap today because, as a general institution, it has been captured by private interests for the pursuit of maximum profit. Without pressure from shareholders or the lure of bonuses prompting reckless gambling, civil servants are free to do sound, responsible banking as practiced by hundreds of public banks around the world. The Public Banking Institute works to create public banks in their image.

The kind of banking we support requires a clear loan policy. The majority of loans should be made to commercially viable, economically sustainable enterprises; investments that virtually guarantee a return. A fraction of a bank’s loans can be made for riskier but socially beneficial ventures, so long as potential losses are covered by the returns of safe loans. The loan policy should guide the bank to lend according to its mission to support the economic, environmental and social health of the communities it serves. Loans should not be concentrated in any one type of industry, and no loans should be made that run counter to the bank’s mission or jeopardize its financial stability.

Whether a public bank should engage in retail lending to individuals is controversial, as public officials are typically concerned about risk and the additional costs associated with retail bank services; but if they choose to go that route, equitable principles should be applied. A major advantage of a local public bank that knows its customers is that determination of creditworthiness need not be limited to reviews of traditional credit reports and financial history. Evaluators can take a more holistic view, involving personal references and community support. Instead of punishment, borrowers who struggle to repay their loans should be given counsel and evaluation in an effort to restore their financial health. Lower delinquency fees, longer delinquency periods and less stringent loan forgiveness policies can aid efforts to bring a delinquent borrower back into good standing.

Transparency and accountabilitytothe public are essential if the public is to trust a public bank’s decisions.  Unlike privately owned banks, public banks have an obligation to inform the public how public funds are being used. Some information is provided directly to the public, for instance when routine financial audits or board performance audits are posted on the bank’s website.

The bank’s board is responsible to the community for the bank’s decisions and policies. In addition to the annual meeting, the public should be invited whenever practical to other board meetings so that the board may receive and incorporate feedback.

PBI recommends that the board be large enough to ensure there are some members with respected banking and relevant legal background, but also to ensure broad geographic, gender and economic representation of the public it serves. Prior to joining, and throughout their tenure, members should be evaluated for any potential conflict of interest. All members should receive education to assist them in their financial and ethical responsibility to the public.  Where possible, decisions should be made by democratic consensus rather than by narrow majority rule.

The board should meet at least quarterly to better ensure that the bank upholds its public mission, goals and policies and that there is no conflict of interest in decisions made by the bank.

It is essential to establish a process that ensures that bank decisions are made independently of political meddling, cronyism and undue influence of the governmental entity that owns the bank. There must also be a clear mechanism for occasional review, accountability and receiving of recommendations from that governmental entity.

Rather than outsized financial incentives, the bank should reward bank managers and loan officers with long-term benefits like job stability and community recognition.

The bank and its board must be careful not to over-promise what services it can provide to the community. It should build community trust by practicing and clearly demonstrating sound financial and ethical banking decisions and operations.

The bank should have regular, independently performed audits. Likewise, the board should be regularly evaluated on its performance.

Applying these governance principles will help ensure that the bank serves the public in a prudent, democratic and equitable way.