Money has taken many forms, including shells, beaver pelts, coins, paper notes, and now accounting entries on a computer. It is an abstract social invention used to facilitate transactions beyond the barter process. Around 340 BC, Aristotle wrote: “Money exists not by nature but by law.” (www.monetary.org)

2. How is money different from wealth? Money should not be confused with wealth. Wealth is the productive combination of resources and labor. Money itself is only a claim to wealth, not wealth itself. Thus, Main St. produces wealth, not Wall St.

3. What is legal tender? Legal tender is any form of money which the U.S. Government declares good for payment of taxes and both public and private debts.

How is money created? In our current system, banks create money, by bookkeeping entry, in the form of bank deposits (checkbook money) when they extend loans. In the process of extending a loan, both a loan (an asset) and a deposit liability are created—that is, no net asset is created. The important thing to remember is that when banks lend money, they don’t necessarily take it from anyone else to lend—they “create” it. 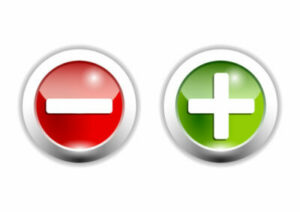 5. To whom has the Congress delegated this money creating right? Congress has farmed out this power to create money to the banking system composed of the Federal Reserve and commercial banks. Only these two can manufacture money, i.e., currency and demand deposits (“checkbook money”) which are instantly available to make purchases and pay bills. None of the other financial institutions has this power to manufacture money.

7. How is money created? In our current system, banks create money, by bookkeeping entry, in the form of bank deposits (checkbook money) when they extend loans. In the process of extending a loan, both a loan (an asset) and a deposit liability are created—that is, no net asset is created. The important thing to remember is that when banks lend money, they don’t necessarily take it from anyone else to lend—they “create” it.

8. Our current fiat monetary system is a two-tiered system of “base money” and “bank money,” analogous to the goldsmiths’ gold and gold notes. In our two-tiered system, the central bank (Federal Reserve), creates the monetary base, by computer keystroke on its books, whenever it buys assets—generally, government securities.Commercial banks expand the money supply through the process of lending—i.e., extending bank credit, or bank money. Banks are given a “special” privilege—their bank money can be exchanged for cash (base money) at par on demand. While banks create bank money in the process of creating loans, banks must have sufficient reserves of base money to meet customer demands of cash and check clearing.

9. The money supply, M2, as reported by the Fed, consists of currency in circulation, demand deposits, time deposits, and retail money funds. Except for cash, which is created by the Fed, most of M2 is “bank money” created by commercial banks when they issue loans. The monetary base, MB, which is not included in M2, consists of vault cash and deposits held at the Fed.

10. Bank requirements consist of capital and reserve requirements on banks’ assets and liabilities, respectively. The Bank of International Settlements (BIS)—the private central banks’ central bank—provides the twelve-member Secretariat for the Committee on Banking Supervision, which sets the rules for banking globally, including capital requirements and reserve controls. Founded in Basel, Switzerland, in 1930, the BIS has been called “the most exclusive, secretive, and powerful supranational club in the world.” Henry CK Liu writes, “BIS regulations serve only the single purpose of strengthening the international private banking system, even at the peril of national economies.”

12. The problem of interest and unsustainability. While banks create the principal portion of loans, they do not create the interest. Thus, our current private system is inherently inflationary and Ponzi-like, because new loans must always be issued to create the money to pay the interest on the previous loans. In FY 2011, the interest on the federal debt was 42% of federal individual income tax receipts.

13. Our current privatized monetary system redistributes wealth from the large majority to a small minority via interest. According to Margrit Kennedy, interest now composes 25%-40% of everything we buy (50% for government projects). It is Wall St. and the financial services industry that take this large cut. As Glen Edens, former HP executive, states:“…a strong financial services industry is simply not good for society. Wall Street does not improve productivity, the model is parasitic, transferring huge resources out of the system…” If the government owned the banks, the interest would return back to the people, thus providing for a more equitable and sustainable system.

14. When the power of creating money is held by private interests, we have a manipulated market, not a free market, rigged in their favor. John Turmel writes: “The real power of banking is being able to refuse to turn on the loans tap for one business- man and foreclose while turning it on for a new loan to another businessman so he can buy out the first businessman at auction.”

15. Who should create our money? The creation of money should be the sole prerogative of a sovereign government— issuing money directly, debt-free. Private banks, on the other hand, exchange “bank credit” for debt. Both the private Federal Reserve and commercial banks create “money” in this way. In what Henry Clay called the “American system,” paper money was issued by the people themselves through their government. In what he called the “British system,” as we have in the US today, paper banknotes were issued by a private central bank and lent to the government at interest.

16. America has a history of sovereign creation of currency. The American colonists, lacking gold and silver, experimented and thrived with paper currency for 100 years. The best example was in colonial Pennsylvania whose public bank, highly praised by Benjamin Franklin, lent and spent money into the community, solving the interest problem. When the European bankers convinced the King to prohibit the colonists from printing their own money, the ensuing recession was the root cause of the American Revolution. The US has created money multiple times during its existence. The Continental Congress issued paper currency, the Continental, to fund the American Revolutionary War.Lincoln created the Greenbacks to fight the Civil War instead of borrowing from European banks who demanded 36% interest.

17. The public-banking solution consists of a public central bank and a federal system of locally controlled, publicly-owned banks, run by public servants and administered as a public utility, providing transparency and accountability to We the People, and the basis for a free and fair market.