Our story began in 2008 when the excessive and careless practices of big Wall Street banks plunged the United States (and much of the world’s economy) into recession.  While most Wall Street institutions were bailed out by the US government,   cities, states, and working Americans were left to fend for themselves.

Ellen Brown, an attorney and author of Web of Debt, began researching alternatives in the banking/financial sector that might empower regional governments, Main Street, and the middle class against the ruthless hegemony of Wall Street and the big banks.  She soon discovered the only public bank still operating in the US: the Bank of North Dakota, which had demonstrated a highly successful economic record since its creation 90 years earlier.  In researching the BND further, Ellen realized she had discovered a model bank serving the public interest, with a successful track record fostering real economic development and consistently meeting the needs of students, small businesses, community banks,  disaster relief, and long term government infrastructure planning.

As Ellen began writing articles on public banking for her blog, news services began picking up the stories. In 2011, she and a small group of dedicated colleagues founded the nonprofit Public Banking Institute in order to advance the cause of public banking nationally.

PBI has supported numerous state and city public banking initiatives, put on two major national conferences, and has established significant allies across the political and economic spectrum. Since its establishment, PBI has been instrumental in drawing attention to public banking as our nation’s most promising option for economic transformation. With PBI’s help, legislators, activists, and local leaders are pursuing public banks from Hawaii to Maine, from Pennsylvania to New Mexico, and more.

In 2013, Ellen Brown published the highly-acclaimed book The Public Bank Solution. In 2014, she ran for California State Treasurer, stepping back from her role as President of PBI in order to focus on her campaign. She remains Chairman Emeritus of PBI and Senior Advisor and focuses on her writing and research, keeping a busy speaking schedule at conferences and events around the world, promoting the power of public banking.

PBI is supported by its members and a few visionary foundations, and is dedicated to supporting the emergence of a nationwide network of public banks by creating a solid organizational foundation from which to inspire and support regional public banking initiatives, by inspiring, educating, and empowering the public, and by exposing the true cost of not forming public banks at the city and state levels.

(See PBI Programs and Mission for more information on PBI.) 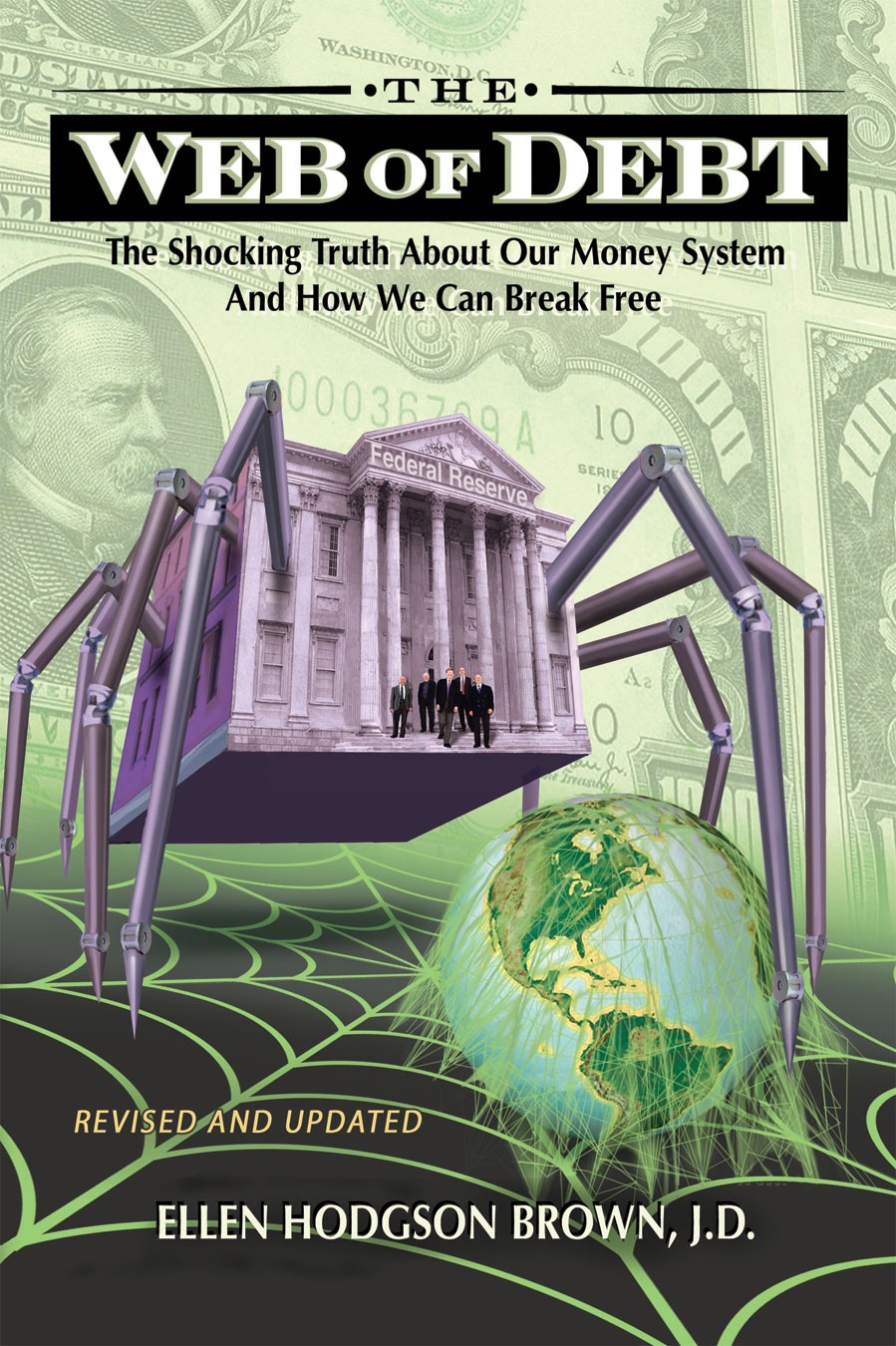 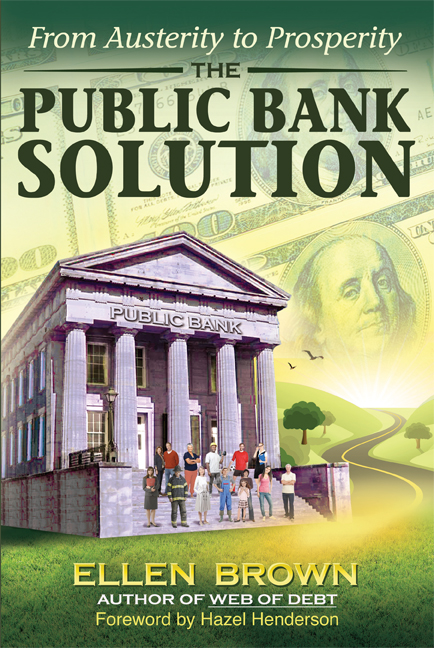 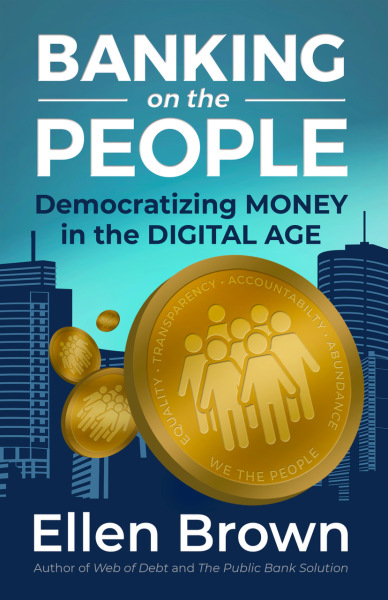